Learn about our mission and vision.

Translations Services, Interpretation Services All Language Services > About Us

Globalization is readily increasing in today’s world. This increase in globalization has many effects on language, both positive and negative. These effects on language in turn affect the culture of the language in many ways.However, with globalization allowing languages and their cultures to spread and dominate on a global scale, it also leads to the extinction of other languages and cultures.Language contributes to the formation of culture, such as through vocabulary, greetings or humor. Language is in a sense the substance of culture. Languages serve as important symbols of group belonging, enabling different groups of people to know what ethnic groups they belong to, and what common heritages they share. Without a language, people would lose their cultural identity.Languages are the essential medium in which the ability to communicate across culture develops. Knowledge of one or several languages enables us to perceive new horizons, to think globally, and to increase our understanding of ourselves and of our neighbors. Languages are, then, the very lifeline of globalization: without language, there would be no globalization; and vice versa, without globalization, there would be no world languages. At LA Languages Services. LLC we believe that the world should not have any barriers.

LA Languages Services have over 20 years of experience and provides an array of services to ensure you complete satisfaction.

We have translated over 20 Million Documents in several Languages

We can provide you the Language you need

Our Team have been industry for over 20 Years

Call us today, you be surprise how fast we respond to needs.

Our business is dedicated to generating the highest quality stakeholder value through quality services and overcoming all language barriers.

To brake all language barriers and become one world. 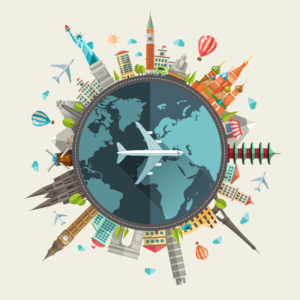